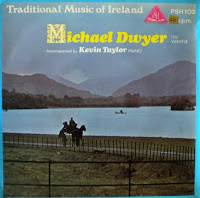 Recorded on his brother Finbarr's Silver Hill label, this is a lovely EP of Irish music played on the simplest of instruments by Michael Dwyer, and accompanied very tastefully by Kevin Taylor on piano. There was considerable wear on the record, so there are some intrusive artefacts here and there, but this is a lovely recording of a great player, and it's well worth a listen. Sadly Michael died tragically a number of years ago, and there is very little of his sweet whistle playing left behind. There is a short clip of Michael's playing which you can watch here. 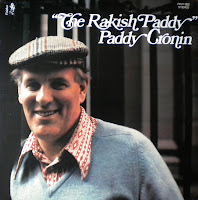