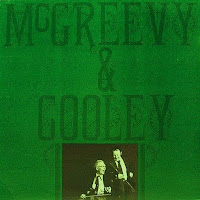 Séamus Cooley, brother of the better-known South-East Galway box player Joe, travelled with the Tulla Céilí Band in 1958 to Chicago, where he decided to remain, becoming a key figure in the Irish musical community of the city. There he met and played with Chicago-born John McGreevy, with whom he was to collaborate on this lovely unaccompanied album, recorded in 1974. There are a number of North Connaught tunes, and several sets from the 78 era, but the style of playing is more akin to the flowing sound of South-East Galway and North-West Clare than it is to the fiery and staccato style of Coleman country. The sound quality is impaired slightly by the hiss of the tape from which the rip was made, but on the whole it is reasonably good, and McGreevy's absolutely lovely playing in particular shines through.